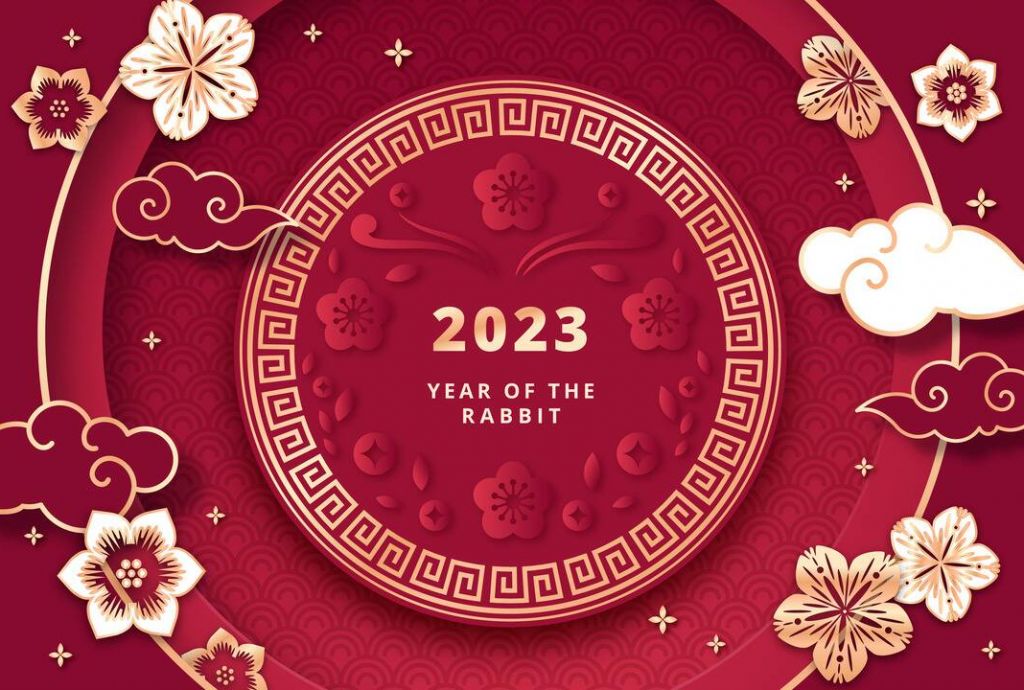 Lunar New Year, also known as Spring Festival, is a time of celebration for the Chinese and Sinophone communities in various cultures and countries worldwide. It marks the turn of the lunar calendar and is usually celebrated between late January and mid-February.

Lunar New Year celebrations vary from country to country, and each culture has its own unique customs and traditions. From giving red envelopes in China to the Lion Dance in Vietnam, each country has a unique way of celebrating the Lunar New Year.

Whether you are interested in learning more about the traditional customs and practices of Lunar New Year celebrations or curious about how it's celebrated in different parts of the world, keep reading to find out more about this exciting and vibrant festival.

In Mainland China, Lunar New Year is more popularly known as Chūn Jié or Spring Festival and the celebrations usually last for 15 days. The Lunar New Year in China is a time for families to come together and is also considered a time of reunion and forgiveness. It is also a time to honor ancestors and pray for good luck and prosperity in the coming year. 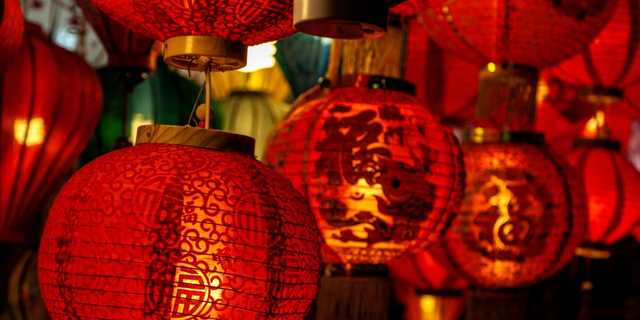 As a way to bring good luck and prosperity for the coming year, traditional customs and practices such as giving hongbao (red envelopes filled with money usually given to children and the younger generations), and cleaning the house before Lunar New Year are two of the many commonly practised. It is believed that cleaning the house will sweep away the bad luck from the previous year and make room for good luck in the coming year.

During Seollal, the joyous celebration of South Korea's Lunar New Year, families gather to revel in the festivities over three days. The traditional customs and practices that are deeply ingrained in Seollal include the preparation of delectable traditional foods such as rice cake soup (Tteokguk) while donning the traditional Korean costume of hanbok. 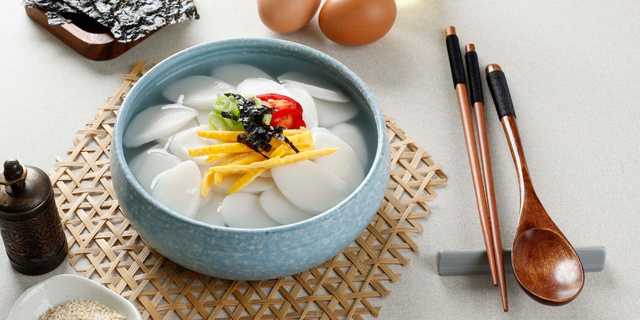 Ancestor memorial services also play a significant role in Seollal, as it is a time for families to pay homage to their ancestors and seek blessings for the coming year. Furthermore, the age-old tradition of playing traditional games like yutnori, a board game steeped in history and culture, is a prevalent activity during the holiday. 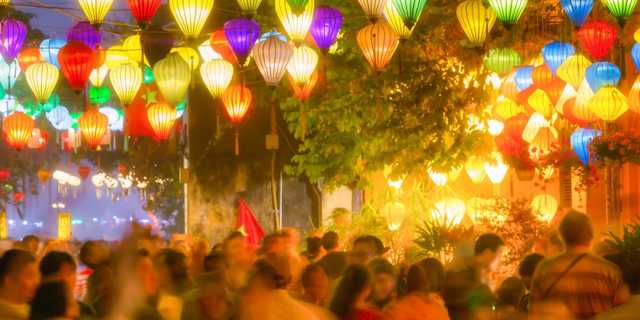 The Chinese communities or anyone with Chinese cultural heritage in Indonesia celebrate Imlek as the lunar new year celebration. The Indonesian government officially recognized the first day of the Chinese lunar calendar as a national holiday, and sometimes there is an additional day off known as cuti bersama (collective leave). 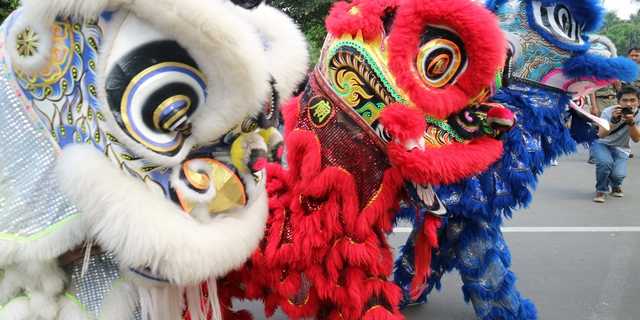 One of the unique things about Imlek is the performance of the "Barongsai" (lion dance), lighting up tons of firecrackers, and preparing traditional foods such as kue keranjang/nian gao. Nian Gao, also known as glutinous rice cake, is a traditional food that is commonly prepared and consumed during Imlek. It's a sweet sticky rice cake that is made from glutinous rice flour and sugar, and it symbolizes hope for a sweet and prosperous new year.

Mongolians observe their Lunar New Year, Tsagaan Sar, in a manner distinct from mainland China. During the celebration, the first thing you'll notice is their dish, Boodog. It is a traditional Mongolian dish made of goat or Tarbagan marmot meat and vegetables cooked inside a marmot or other small animal's stomach. Another unique tradition is the performance of Yos, a traditional Mongolian dance with a long history that is demonstrated to celebrate the new year, weddings, and other important events. 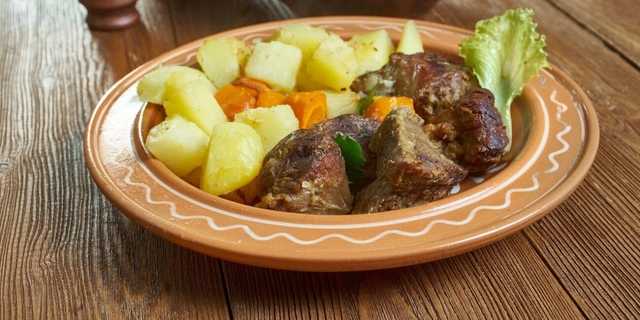 Even though the Lunar New Year is perceived to come from a single culture, it is celebrated differently in various cultures and countries around the world, and each culture has its unique customs and traditions. Understanding and embracing the diversity of Lunar New Year celebrations worldwide is important. It's essential to appreciate and acknowledge the diversity of these celebrations and to understand the significance of these traditions to the people who celebrate them

Established in 2009, Bali Home Immo is the first real estate agency in Canggu with more than 7000 Bali properties listed in its database. Bali Home Immo (PT. Bali Properti Kontruksi) is a licensed property agency (SIUP-P4 certified) located in Bali, Indonesia and have been successfully operating as a trustworthy and reputable real estate agency with more than 13 years of experience. Long-standing partnerships and a committed, dedicated team are the driving force behind the work that takes place every day at Bali Home Immo.

As a member of the Real Estate Broker Association of Indonesia (AREBI), Bali Home Immo Property offers luxury real estate across the region to a local and international client base. Catering to a wide range of property requests, the team will ensure they can find a property, land or residential listing, to match each client’s personal requirements.

We have curated a wide selection of properties ranging from the land for sale, villas for sale and rent, as well as commercial space rental in Bali's most in-demand areas including Canggu, Seminyak, Pererenan, Umalas, and Uluwatu. Not only Bali, but our connection also reaches other popular destinations in Indonesia including Gili Islands, Lombok, Labuan Bajo, and more.

Our expertise in the local market and extensive network affiliated with 93 local and international partners including Goplaceit.com, Rumah123, Kangaloo, Luxury Estate, and many more will also help you bring global exposure to your real estate investment and find your dream Bali property. Looking to buy villas for sale in Bali? Check out our online catalogue of Bali real estate and follow us on social media for updates.